Have you ever had this experience? You’re looking into the literature on the association between an exposure (such as accelerometer-measured physical activity) and an outcome (such as all-cause mortality) and, you find six papers, not one, written by the same authors based on the same sample. “Are these the same paper?”, you wonder. On careful perusal of the titles and abstracts, you realise that these are different papers on similar and related research questions, only with minor differences: one looks at the association in men, another in women, a third one in older adults, a fourth in a subsample with a pre-existing condition …

END_OF_DOCUMENT_TOKEN_TO_BE_REPLACED

We are all familiar with studies that investigate the associations between physical activity and outcomes such as death or cardiovascular disease. However, we rarely focus on the length of time over which these study participants are followed up to see if one of the outcomes occurs.

END_OF_DOCUMENT_TOKEN_TO_BE_REPLACED

For children in low-income countries, diarrhoea remains a major cause of death and can lead to long-term health consequences. Accurate estimates of childhood diarrhoeal illness are crucial to evaluating the success of campaigns to defeat diarrhoea and improve health in countries where the burden of diarrhoea is high.

In our study, recently published in the IJE, we found that caregivers may underestimate diarrhoeal diseases in children aged under 5 years when asked to recall whether the children had diarrhoea in the previous 2 weeks. Compared with a 1-week recall period, there was a consistent underestimation of the prevalence of diarrhoea across five countries in sub-Saharan Africa.

END_OF_DOCUMENT_TOKEN_TO_BE_REPLACED

Respiratory infections are the most common chronic disease in children globally and a leading cause of death in developing countries. This situation is exacerbated by air pollution.

Air pollution in northern India, mainly New Delhi and the neighbouring states, is exacting a toll on the health of residents, making global headlines and highlighting the severity and extent of this public health disaster in one of the world’s fastest-growing economies.

A contributory factor to air pollution in northern India is the harmful practice of crop residue burning — when farmers burn the crop residue to clear fields before sowing a new crop. Although banned by the Indian government in 2015, this practice remains prevalent in many parts of the northern Indian states of Punjab, Haryana and Uttar Pradesh.

END_OF_DOCUMENT_TOKEN_TO_BE_REPLACED

Perhaps this comes as a surprise. After all, few of us would question the health benefits of keeping moving and getting our heart rate racing. Physical activity guidelines, such as those developed by the UK’s National Institute for Health and Clinical Excellence, specifically refer to the importance of increasing physical activity for chronic disease management.

So why have we observed a gap in activity levels between those living with chronic disease and those without?

END_OF_DOCUMENT_TOKEN_TO_BE_REPLACED

Smoking was established as a cause of lung cancer in the late 1950s. It then took another 50 years to establish that colorectal cancer was also a smoking-related cancer. However, as of 2018, a causal relationship between smoking and breast cancer had not yet been established. It may seem strange that it is taking so long to prove that smoking is a cause of all three of the most common cancers globally. Breast and lung cancer each account for 2.09 million cases annually and colorectal cancer for 1.8 million.

END_OF_DOCUMENT_TOKEN_TO_BE_REPLACED

Lung cancer is one of the most common cancers worldwide, accounting for 2.09 million cases and 1.76 million deaths in 2018. Two of the most prolific cancer epidemiologists of our time — Sir Richard Doll and Sir Bradford Hill — identified smoking as the biggest cause of lung cancer in their seminal report, “Smoking and Carcinoma of the Lung”, published in the British Medical Journal in 1950. Nearly 70 years later, smoking remains the predominant risk factor for lung cancer, as well as for 15 additional cancers and other non-communicable diseases.

END_OF_DOCUMENT_TOKEN_TO_BE_REPLACED

Population growth and urbanisation of seismic areas are leading to a constant increase in the health-related and economic toll of earthquakes. In 2014 alone, 324 natural disasters were reported worldwide, resulting in 141 million casualties and nearly $100 billion in damage. Geophysical disasters, including earthquakes, accounted for about 10% of these events.

Although the impact of earthquakes in the response phase – that is, immediately or shortly after the main seismic event – has been well studied, we have little knowledge of the effects of earthquakes in the medium and long term. This uncertainty may cause inefficient planning of post-earthquake epidemiological surveillance, resulting in potential underestimation of public health needs.

END_OF_DOCUMENT_TOKEN_TO_BE_REPLACED 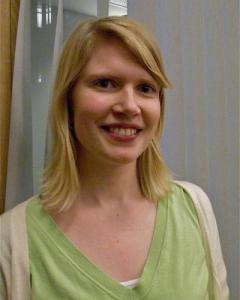 Cerebral palsy is the most common physical disability among children, with about two per 1000 live-born infants being diagnosed with the disorder. In most children with cerebral palsy, the disability is caused by damage to the immature brain during pregnancy or birth that results in problems with movement.

Denmark and Norway have low income inequality and free access to education and offer high-quality antenatal care to pregnant women free of charge. Nevertheless, in our study recently published in the International Journal of Epidemiology, we found that the risk of having a child with cerebral palsy in these two countries varies by the parents’ educational level, and this educational gradient has been surprisingly stable over time.