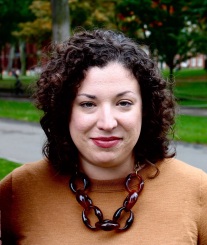 Although the World Health Organization (WHO) recommends vitamin A supplementation for infants and preschool children aged 6 to 59 months to reduce morbidity and mortality, the debate about whether or not to supplement newborns has been controversial.  (Note that an exchange in IJE 44:1 in 2015 also demonstrated some controversy about whether or not to continue supplementation for preschool-aged children). In an attempt to inform global policy, three large clinical trials were conducted in Tanzania, Ghana, and India. However, these trials found conflicting results. The trial conducted in India—consistent with previous trials in the region—found that supplementation reduced the risk of infant death, while the other two trials in Ghana and Tanzania found no effect of supplementation.

Inconsistency between the trials might indicate that some, but not all, children benefit from neonatal vitamin A supplementation (NVAS). Our study, published in the IJE, examines data from the Neovita trial in Tanzania, the largest NVAS study ever conducted in sub-Saharan Africa. We looked to see if there were any subgroups of infants in this trial who benefited from supplementation. END_OF_DOCUMENT_TOKEN_TO_BE_REPLACED