This article originally appeared on the OUPblog on 6 March 2014: http://blog.oup.com/2014/03/fluoridation-drinking-water-supplies/

Since their introduction in the United States in the 1940s, artificial fluoridation programmes have been credited with reducing tooth decay, particularly in deprived areas. They are acknowledged by the US Centers for Disease Control and Prevention as one of the ten great public health achievements of the 20th century (alongside vaccination and the recognition of tobacco use as a health hazard). Such plaudits however, have only gone on to fuel what is an extremely polarised ‘water fight’. Those opposed to artificial fluoridation continue to claim it causes a range of health conditions and diseases such as reduced IQ in children, reduced thyroid function, and increased risk of bone cancer. Regardless of the controversy, the one thing that everyone agrees upon is that little or no high quality research is available to confirm or refute any public concerns. The York systematic review of water fluoridation has previously highlighted the weakness of the evidence base by acknowledging the quality of the research included in the review was low to moderate.

Fluoride changes the structure of tooth enamel making it more resistant to acid attack and can reduce the incidence of tooth decay. This is why it is added to drinking water as part of artificial fluoridation programmes. The aim is to dose naturally occurring fluoride to a level that provides optimum benefit for the prevention of dental caries. The optimum range can depend on temperature but falls within the range of 0.7-1.2 parts per million (ppm) for Great Britain. Levels lower than 0.7ppm are considered to provide little or no benefit. Drinking water standards are set so that the level of fluoride must not exceed 1.5ppm in accordance with national regulations that come directly from EU law. 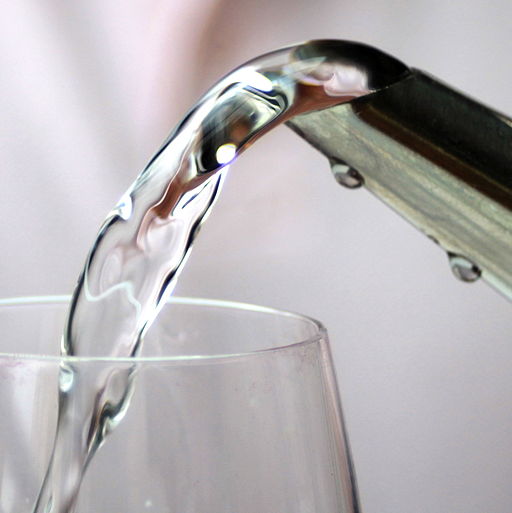 Severn Trent Water, Northumbrian Water, South Staffordshire Water, United Utilities, and Anglian Water are the only water companies in Great Britain that artificially fluoridate their water supply to a target level of 1 ppm. The legal agreements to fluoridate currently sit with the Secretary of State, acting through Public Health England, although local authorities are the ultimate decision makers when it comes to establishing, maintaining, adjusting or terminating artificial fluoridation programmes. As a programme dedicated to improving oral health, all of the associated costs come from the public health budget. Therefore, it is important to know that the money is being spent in the most effective way.

Our study has, for the first time, enabled an in-depth examination of the relationship between the incidence of two of the most common types of bone cancer that are found in children and young adults, osteosarcoma and Ewing sarcoma, and fluoride levels in drinking water across the whole of Great Britain. We have combined case data from population based cancer registries, fluoride monitoring data from water companies and census data within a computerised geographic information system, to enable us to carry out sophisticated geo-statistical analyses.

It is important to note that finding no evidence of an association between the geographical occurrences of osteosarcoma or Ewing sarcoma and fluoride levels in drinking water, does not necessarily mean there is no association. Indeed, intake of fluids and food products that contain fluoride will not be the same for everyone and not taking this variation into consideration is one of the limitations of our study. Nevertheless, the methodologies we have developed could be used in the future to examine fluoride exposure over time and take other risk factors into consideration at an individual level. Such an approach could help the controversy surrounding artificial fluoridation ebb rather than flow.

Another important, although unexpected, finding arose from our use of fluoride monitoring data. We found that the fluoridation levels of approximately one third of the artificially fluoridated water supply zones were below 0.7ppm (the minimum limit of the optimum range). This finding reinforces that it is incorrect to assume an artificially fluoridated area is dosed up to 1ppm. In reality, it may be a lot less. A number of previous studies have mistakenly made this assumption making their conclusions unreliable. Our study shows that you cannot guarantee that fluoride levels in all artificially fluoridated water supply zones are close to the target level of 1ppm. Assuming that water fluoridation is a safe practice and evidence surrounding calculation of recommended dosage is reliable, this finding has economic implications in terms of public health. If public money is paying for artificial fluoridation shouldn’t the water supply zones be dosed up to a level that will provide the greatest benefit? If they aren’t then could it be that public money is merely being thrown down the drain?

Karen Blakey is a Research Assistant at the Institute of Health & Society, Newcastle University. She is interested in geographical information systems and the spatial analysis of disease registry data. Richard J.Q. McNally is a Reader in Epidemiology at the Institute of Health & Society, Newcastle University. He is interested in spatial epidemiology, the epidemiology of chronic diseases and the statistical analysis of registry data. They are authors of the paper ‘Is fluoride a risk factor for bone cancer? Small area analysis of osteosarcoma and Ewing sarcoma diagnosed among 0-49-year-olds in Great Britain, 1980-2005’, which is published in the International Journal of Epidemiology.